The Trust offers the scientific and hi-tech entrepreneurship community in Puerto Rico its SBIR/STTR Matching Grant Program to incentivize local technology oriented small business firms and researchers to compete for SBIR/STTR Phase I grant awards. Firms receiving a federal SBIR/STTR Phase I award will receive a dollar-to-dollar matching grant from the Trust, up to $100,000 and up to $200,000 for Phase II.

If you have questions, please contact Dr. Juan Figueroa at [email protected] 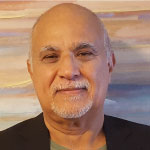 Dr. Juan E. Figueroa is Entrepreneurship Advisor and Associated Researcher at the Puerto Rico Science, Technology, and Research Trust (Trust) responsible for working with researchers and innovators to transform the results of their research and ideas into product concepts with high potential for commercial success. He also works in the search for research and commercialization funds from private and government sources for the Trust community.

Dr. Figueroa retired from the National Science Foundation in January 2014 where he served since 2002 as a Program Director in the Small Business Innovation Research Program (SBIR) after spending over twenty years in R&D management positions in the electronics and communications industries. At NSF he reviewed over three thousand innovative technology proposals and managed over 600 awards ranging from $100K to over $1M. His last position before joining NSF was Product Development Consultant for Material Sensing and Instrumentation, Inc. (MSI), an NSF SBIR grantee company. Dr. Figueroa served at the University of Puerto Rico as an In-House Mentor – Entrepreneurship for Researchers Program. He also supports the Organization of American States as an instructor to their Commercialization HUB series. He is also Senior Technology Adviser to the DC ArchAngels, a national investor group based in Washington, DC and to SensorComm Technologies, an environmental technology company in New Mexico USA.

Prior to MSI Dr. Figueroa was Director of Strategic Development and Project Management for the Home Communications Division of Ericsson, a multinational-telecommunications, and consumer electronics company. His first appointment after graduate school was with Bell Laboratories as a Member of the Technical Staff in Murray Hill, New Jersey and Allentown, Pennsylvania working in the development of the microprocessor, CMOS, and networking technologies. After 13 years with Bell Laboratories, Dr. Figueroa led the operations of a high-speed networking equipment design startup company.

Dr. Figueroa has been involved in emerging technologies such as Wi-Fi, cable modems, ADSL, Ethernet, and Natural Language Processing.

Program that promotes this initiative.